2006/2007 were the years before the introduction of Light-O-Rama control systems. Back then, the controller was based on a home built relay interface direct to a 24 channel parallel card plugged into a PC. There was no music synchronisation and no effects. The lights were either on or off in a sequence mandated by a "pianola scroll" type of approach within the simple home grown software.

The system back then was mostly 24V AC, as that was all that was required to drive the fairy lights. Only 3 channels of 240V control were provided, and these were two stage relay controls, with a 240V contactor relay driven by 24V AC being used to double isolate the mains from the computer.

So step back into some history and scroll through the photos of what are affectionatly known as "The early years".

Here are some of the shots from 2006/2007's original construction activities to give you an idea of what went starting out building this display. Prior to 2006 I had never installed Christmas Lights on the house before! 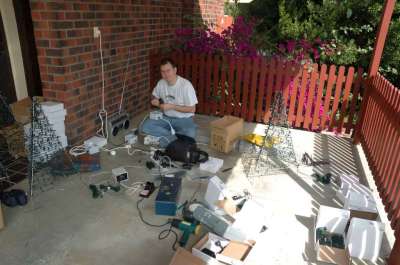 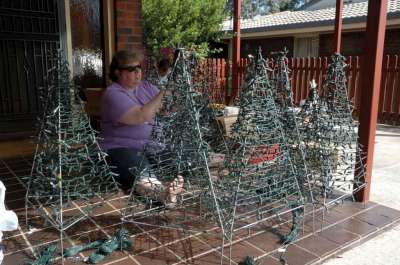 Sharon winding trees on the verandah. There are 300 bud lights per tree. 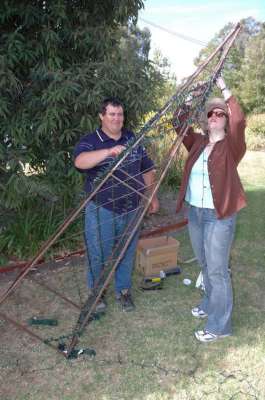 Matt B and Lizzy helping create the big tree. They wound 2000 bud lights onto a garden trellis frame purchased from a local garden centre - and used almost as many cable ties! 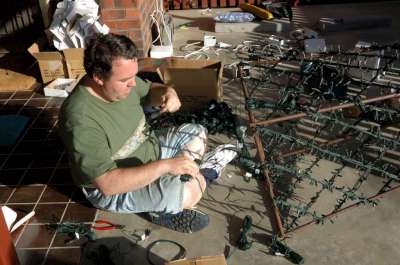 Grant wiring up the big tree 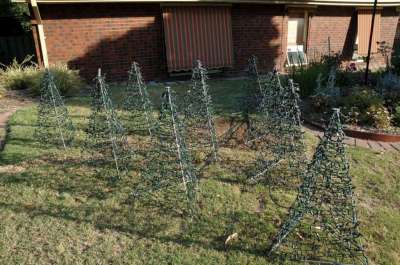 Here are the little trees in daylight during their first day in the world. 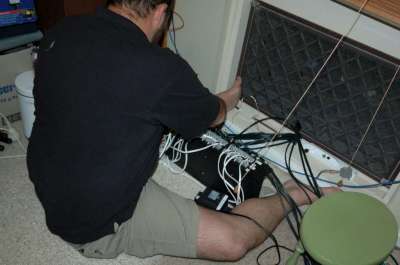 Matt C helping connect all the lights to the computer switching controller. 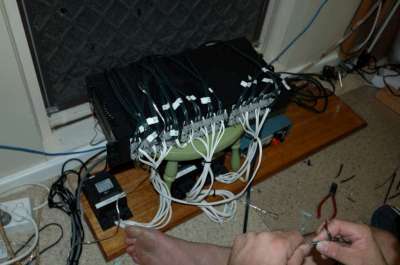 Here is the computer switching controller and master power transformers nearing completion. 150W garden lighting 24VAC transformers replaced the 40-50 plug packs that would have been needed otherwise for the display! 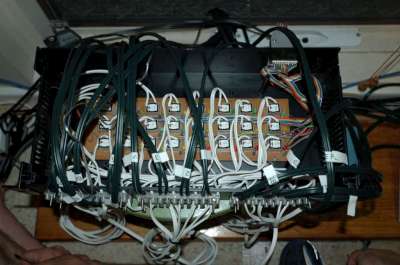 Inside the switching controller - the PC has a 24 I/O driver card which is switching 24 relays to handle the lights from the computer. 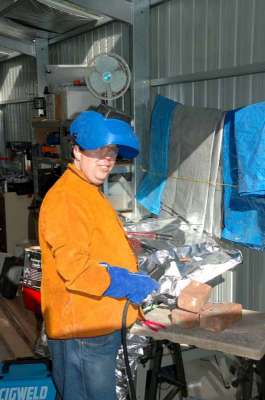 In 2007 we added the coloured presents to the display. Apart from spending hours pulling apart and replugging multi-coloured bud light strings to be monochromatic, we also had to weld up the new frames. Here is Grant trying to learn how to MIG weld. 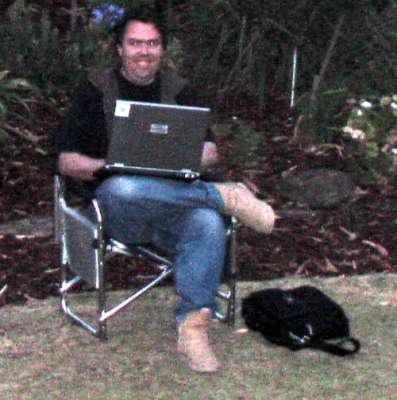 As an upgrade for display programming, this year I used my laptop over the wireless LAN to sit out the front and program the lights. It got pretty cold out there!